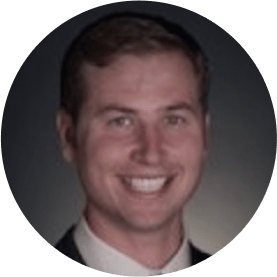 Brad is the Chief Technology Officer and Founder at Farther where he sets the vision for using technology to deliver an elite wealth experience for clients. Prior to founding Farther, Brad was at Goldman Sachs in NY where he founded and led an AI team dedicated to Private Wealth and was an advisor on a team which managed >$1BN in assets for clients. Brad graduated from MIT with both an SM in Mechanical Engineering and an MBA. He is also a graduate of the United States Military Academy at West Point. Brad is a two-time Iraq war combat vet and was awarded two bronze stars. Brad heads our NY Office and lives in New Jersey with his wife and three kids.

A FEW OF HIS FAVORITE THINGS