Out-of-State Zoom Workers: Are You Subject to Double Taxation in 2020?

Due to the current Covid-19 pandemic you may have started working at home, or moved to a new location that is not in the state of your prior pre-pandemic office. As a result, does this mean you might get a tax-break from your current tax-heavy state? Or could it mean you may end up with unexpected double taxation?

State taxation is complex, and with the recent surge in out-of-state remote workers, it is getting even messier. States often have either intentionally vague laws about when they can tax you that even tax specialists have a hard time making sense of. This means each state’s laws need a thorough review to determine the tax impact of working remotely.

As an out-of-state remote worker, you should be asking two questions:

Neither question is easily answered. However, the Covid economy has created massive tax revenue shortfalls, leaving states in a budget pinch and desperate for more revenue. That means they might take a more aggressive approach than normal. That means that the answer to the first question is more likely to be “yes.”

Therefore, taking a passive don’t-ask-don’t-tell approach with your state tax board may not be the best approach. Instead proactive measures may be warranted if you want the answer to the second question to be “yes” as well.

New York is an example of a potential double taxation state scenario. New York, along with 6 other states, uses a concept called the Convenience Rule. Under this policy, if an employee's job is considered to be based in New York, then New York law states that the employee owes them income tax, even if the employee lives and works in another state.

New York claims this tax even if the worker rarely, or ever, actually physically works in the state of New York during the year. Ouch!

In the Spring of this year, many New Yorkers fled to Florida during the pandemic and took measures to appear to be a resident of Florida like changing their mailing address in order to subject themselves to Florida’s lower tax rate instead of New York’s higher rates. But New York law disallows many of these diversionary tactics. The result is that some of these newly domiciled Floridians are subject to pay state taxes twice!

Relief from double taxation is on the horizon

Not all states have a Convenience-Rule model. In the last few months a total of 13 states have proactively declared that they will not double-dip on taxpayer’s state tax liability. Furthermore, on a national level, there is bipartisan legislation, S. 3995, called the Remote and Mobile Worker Relief Act of 2020.

This bill proposes uniformity for nonresident state and local income tax withholding, and a reasonable de minimis exception from the assessment of state tax in a jurisdiction in which an employee doesn’t reside.

The bottom-line is that remote workers need to, along with their financial advisors, determine if they want to be eligible for state taxation in a lower tax rate state and understand the specific requirements to qualify to be taxed in only that state. (Hint: it usually takes more than simply changing a mailing address).

Or if you don’t want to permanently change your state for taxation, you need to understand the evolving legislation to avoid being subject to double state taxation and a very unpleasant surprise next April 15. 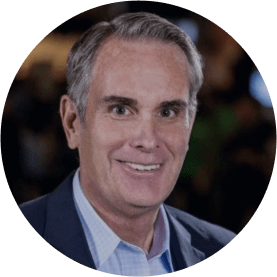 Roy is a registered FINRA advisor who holds an MBA from the Columbia University Graduate School of Business and a Certificate of Finance Planning from the University of California Berkeley. With over 35 years of investing experience, Roy is at Farther to provide game-changing financial planning and investment advice to our clients. 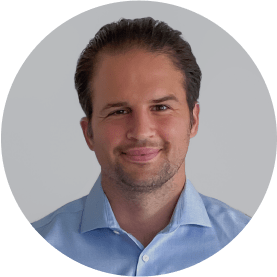 Oops! Something went wrong while submitting the form