A Beginner's Guide to Cryptocurrency

A Beginner's Guide to Cryptocurrency

You’ve heard about it on the news, you’ve read about it online, and you’ve probably got a friend or two that’s brought it up over a socially distanced Zoom happy hour. You’ve thought about it and maybe even done a cursory bit of research but there’s still a lot of stuff out there that you’re not quite sure about and you’re not quite ready to pull the trigger. Have no fear because I, too, was once where you are now. There’s a lot to take in and, unfortunately, there aren’t a ton of advisors out there that are knowledgeable in this area to provide you, the investor, with solid guidance. I’d like to rectify that so I’m here to provide you with some basics, some explanations, and some places to check out so you can make informed decisions about adding crypto to your portfolio.

Let’s say you want to buy a car at a dealership using only blockchain technology instead of the traditional bank method. You do a little haggling and then agree to a price on the car. The dealership would then provide you with an address to their digital wallet where you can send the funds you’re using to purchase the car. You would go into your own digital wallet, input the dealership’s address, and send the funds. The transaction goes out over a network where it’s encrypted and then posted on a public ledger called a “blockchain”. Both you and the dealership then pull up the ledger, see the verified transaction, and boom, they hand you your keys and your car is purchased. The record of the transaction will stay on the blockchain forever and can never be deleted.

Now here’s where the cryptocurrency aspect comes in. The encryption and processing of the transaction is done by using computing power to solve incredibly complex math problems (cryptography). To solve these problems, it takes more computing power than any one person can provide so it's shared across a network. This network has a common “currency” (Bitcoin, Ethereum, Litecoin, etc) and that currency is used to complete the transactions and compensate the owners of the computers on the network for using their computing power.

Understand that this example is a distillation of a very complex process and it’s not meant to be exhaustive by any means. Very simply: I want to send you currency, the network verifies that I have the proper amount of currency to send you and then sends it to you and posts the transaction to a public ledger that can never be deleted.

Still with me? Good. Now I want to touch on some key terms and some things for you, the potential buyer, to be aware of. I’m not going to recommend that you dive right into the sea of blogs and subreddits right away, but hopefully I can shed some light on some things you might see out there.

It’s where you buy and sell your coins, similar to buying and selling of stocks or bonds on your brokerage site of choice. There are a lot of different options out there. Like brokerage sites back in the 90s and the early 2000s, there are some that are more reputable than others and there have been many that have been hacked over the years. If you’re thinking about getting into cryptocoins, do some research before choosing one because each comes with its own positives and negatives. Some are easy to use, but aren’t very sophisticated while others can be very sophisticated but aren’t very easy to use and take awhile to open/fund accounts. Additionally, some may not even be available in your state due to regulatory reasons.

A big thing to remember with crypto exchanges is that crypto markets run 24/7/365 and are accessed by people around the world so there is no “market close” and “market open.” Your crypto portfolio could just as easily take a 10% drop overnight as it could see a 10% rise during the day time.

Really simply: It’s where you store your coins, separate from an exchange. You can practice varying levels of security with your own storage choice. I’m sure you’ve probably seen at least one story online that tells of a person who stored their coins in a digital vault and can’t remember the password to get back in, thus trapping away a treasure trove of crypto riches, never to be accessed again. Don’t be that person. There are a plethora of digital wallet providers out there so do your research before choosing one. Additionally, this may go without saying but I’m going to say it anyway: The value of the coins you have in your wallet is still subject to market fluctuations even if they’re not held at an exchange.

Currency that is regulated by a central governing body. The US Dollar is a fiat currency, as is the Euro. It’s basically a catch-all term used to describe currency that isn’t crypto. “I’m totally out of fiat right now” is a common thing you might hear someone say when they want to sound cool when talking about their investing strategy.

A catch-all term to describe cryptocoins that aren’t Bitcoin. Generally speaking, alt-coins are more nuanced and many of them focus on different applications of blockchain technology. “It’s alt-coin season right now” is something you might see on r/crypto when someone is talking about how their PolkaDot and ADA coins have taken off over the past month.

DeFi is short for “Decentralized Finance” and broadly refers to cryptocoins that enable money-service functions to happen outside of centralized banks and other traditional intermediaries. The most common DeFi cryptocoin is Ethereum.

This is a meme coin. I’m simply including it here because every few months or so, Dogecoin will enter back into the public conversation because Elon Musk or someone talked about it on a podcast or something and it will go through a price surge. Don’t concern yourself with a meme coin.

Where Can I Buy it?

Referencing the previous section, you have plenty of options at your disposal if you want to get into cryptocurrency. One thing to note, however, is that as of writing, there are no good ETF or mutual fund options for people to buy. If you want to use crypto in your portfolio, you’ll have to open an account at an exchange or invest in a private fund. Here are some of the more common places to start:

Robinhood is cheap and relatively easy to use as a platform to get started. An important thing to know, however, is that Robinhood doesn’t have a digital wallet and therefore A) you don’t actually own the coins that you trade and B) you can’t transfer coins in or out of the platform. You can still buy and sell them as part of a trading strategy and the valuations are still valid, but In my opinion, this makes it a non-starter for anyone who is serious about getting into cryptocoins.

Coinbase is the largest and, in my opinion, the easiest to use for beginners. Their UI is clean, they have plenty of coin options, and for just about every coin they support, they provide users with descriptions of what the coin’s technology does. It’s an excellent platform to use if you’re looking to dip your toes.

Binance offers some of the best integrated trading features for intermediate-to-advanced traders out there. Their visualizer tools allow you to map out strategies and apply technical analysis to your trading. Some drawbacks are that they’re not available nationwide yet and there are a lot of coins that they don’t support right now that serious traders are looking for.

Kraken is similar to Binance. They offer some nice visualizers and tracking tools that allow for users to facilitate complex strategies and they support pretty much every coin you’d want to buy. Their biggest drawback, at least in my opinion, is that it’s not particularly easy to fund your account with fiat currency and there are some serious hoops you’ll have to jump through to use their platform.

In addition to the exchanges mentioned, there are some other ways to get access to cryptocoins via private funds. These are, essentially, hedge-fund like operations that raise consumer funds and go to the open market and buy the various coins that the specific fund targets. Grayscale Trust and Osprey Trust are two options to review if you don’t want to go the exchange route but if you’re not an accredited investor, this isn’t an option for you.

This was a long blog, I know. If you’re still with me, then let me wrap up by saying that if you’re thinking about investing in cryptocoins, be wary. They’re often extremely volatile with huge swings both up and down and there are probably just as many people who have been crushed by cryptocoins as people who’ve made fortunes from them. That being said, if you’re interested in getting started, talk to us about it. We’ll help you understand the risks associated with it, the benefits, and how to get started if you’re ready. Either way, best of luck to you and remember to #hodl.

Investments
How to Build a Socially Responsible Portfolio - Farther's Guide to ESG Investing
If you’re wondering whether ESG investing is right for your financial goals, here’s what you need to know: 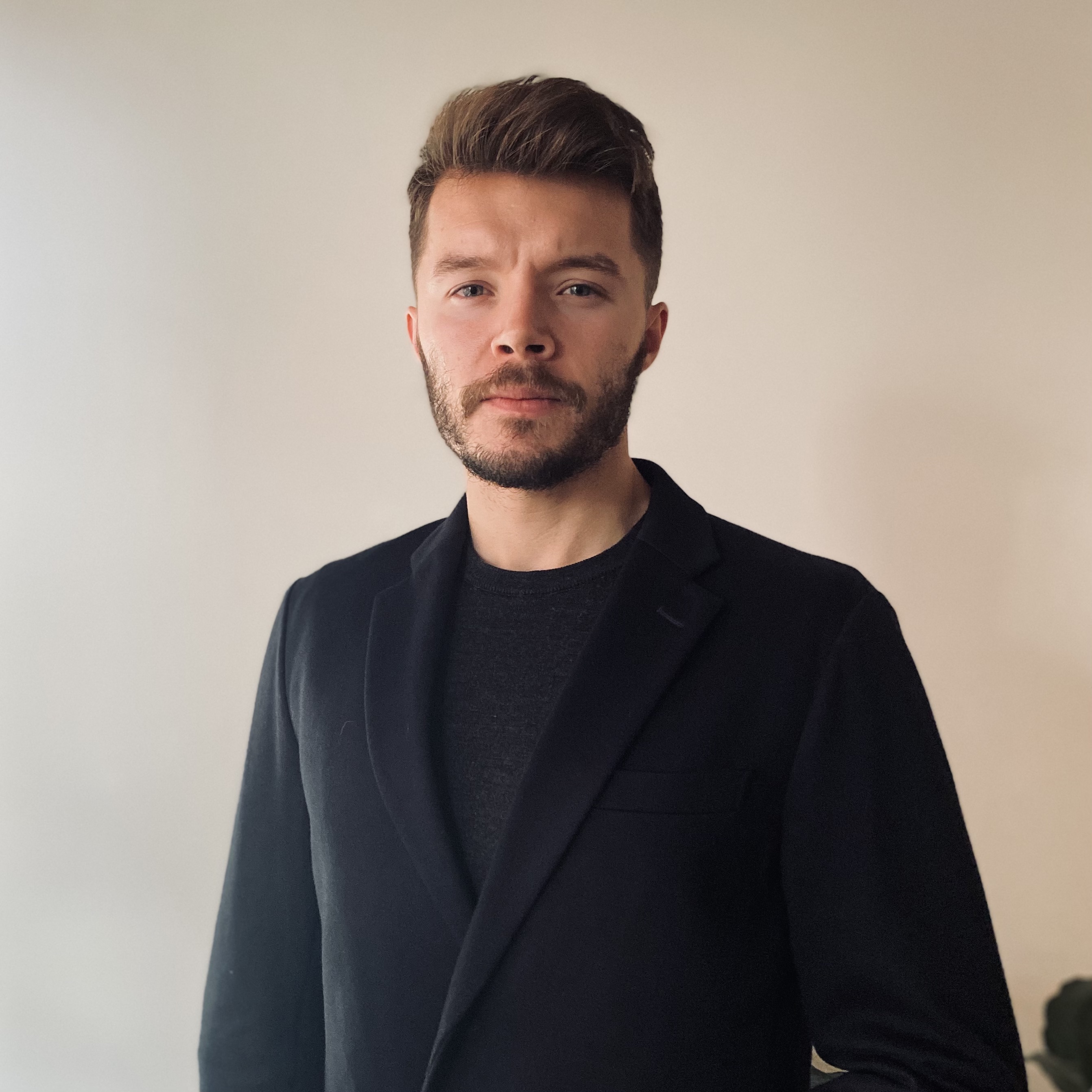 Anthony Carlton, CFP®
Investments
The Dollar Value of Working with a Financial Advisor
Money is complicated, and the more you have, the harder it is to manage. It can be overwhelming to try and balance everything, so there are experts who can help, acting as guides on your financial journey: Fee-Only Financial Advisors.

Anthony Carlton, CFP®
Investments
Why it's a Smart Decision to Rollover Your Old 401(k) to an IRA
Landing a new job is exciting, but it also comes with a lot of financial decisions. You have to choose the right health insurance plan, review your compensation package, and set up your new retirement account. 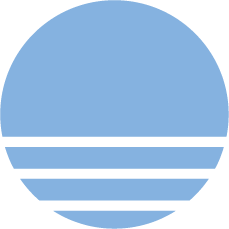 Bryan D'Alessandro, CFP®
Investments
A Beginner's Guide to Cryptocurrency
Cryptocurrency: You’ve heard about it on the news, you’ve read about it online, and you’ve probably got a friend or two that’s brought it up over a socially distanced Zoom happy hour.

Oops! Something went wrong while submitting the form